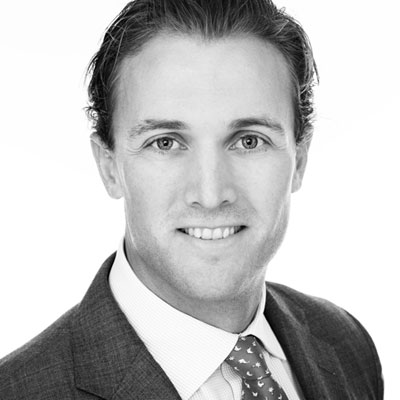 Andrew McKenna is the founder, President and CEO of McKenna & Associates. Mr. McKenna oversees the operations and strategic management of the firm, which focuses on investing the firm’s capital into a variety of specialized sectors including healthcare, energy and minerals, telecom, film, real-estate and technology. McKenna and the firm also provide strategic counsel, advisory, consulting and research services to companies, individuals, and non-profits through its employees and a dedicated network of advisors and partners.

Mr. McKenna was active in the federal issues debate organizing and building effective media and non-for-profit groups that made a big impact on the 2004 election cycle. Prior to that, Mr. McKenna worked in George W. Bush’s administration inside of the White House Liaison’s office at the United States Department of Agriculture. Mr. McKenna was also a part of the Bush Campaign in various roles during the successful 2000 campaign for the White House.

An avid pilot, Mr. McKenna maintains his Instrument and Commercial ratings along with his Level I surface waiver for formation and solo aerobatics in his P-51 Mustang and North American T-6 Texan. Mr. McKenna is also a member of the United States Air Force’s Heritage Flight Foundation as a civilian member of the team. Mr. McKenna serves on the Board of Trustees to his alma mater University of Lynchburg; sits on the Board of the National Defense Industrial Association (NDIA), a non-profit dedicated to supporting the defense and national security community; is on the Board of Directors to Youth for Tomorrow Foundation, a youth home in Bristow, Virginia, most recently joins the Board of Directors at Chance For Life, devoted to fundraising for pediatric cancer research as Treasurer; and is a former board member to the Ford’s Theatre in Washington, D.C. Mr. McKenna graduated with a degree in Political Science from University of Lynchburg (formerly Lynchburg College) where he played lacrosse and served as the University’s Honor Board Chairman. Mr. McKenna resides and works in Arlington, Virginia with his wife Kathleen, three children and two labs.